Did you watch MTV’s Summit on the Summit: Kilimanjaro last night? If so, you might have caught a few glimpses of a familiar Thomson Gazelle logo during the hour and half documentary. The film featured a celebrity Mt. Kilimanjaro trek, led by Thomson Safaris, which raised awareness for the global clean water crisis. The trek team included celebrities and activists such as Kenna, Jessica Biel, Emile Hirsch and Alexandra Cousteau, to name a few. Despite some challenging weather conditions, every single person made it to the summit – which is quite an accomplishment.

Melissa Arnot, famed Everest mountaineer and trekker/leader for this climb, said, “This is the largest group I’ve ever seen have 100% success on the summit of any mountain.”

We are proud to have been part of such an important and successful trek.
Click to watch full documentary here. 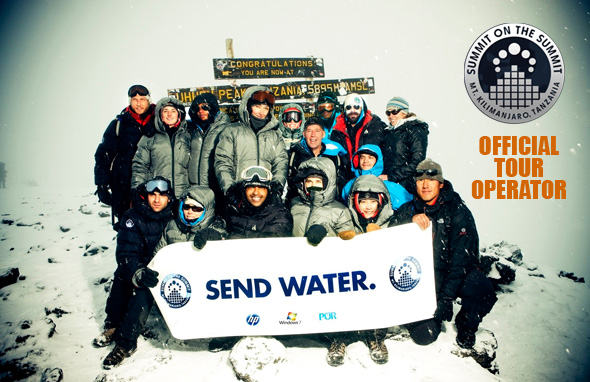 Katie, our Kilimanjaro Program Manager was also on this trek.